A manuscript of an unpublished work by Rafael Cansinos Assens disappeared in 2012 in a company where it had been deposited for digitization. The Foundation-ARCA, responsible for the custody of the same, can not say whether it was damaged, stolen, destroyed voluntarily or accidentally, hidden or lost in the company's installations dedicated to document management and information security, Normadat SA, located in San Sebastián de los Reyes in Madrid. Given the characteristics of the manuscript —it was delivered with others of similar type but it was the only one that formed a complete documentary unit and was signed by the author— and the circumstances of its digitalization in Normadat, the most likely to assume that it was stolen. The director of the Foundation is aware that Normadat breached security protocols and common sense when carrying out the digitalization in an industrial space through which dozens of people circulated daily, even accessible to visitors, when he was convinced that the work was being performing in a high security bunker. The director of the Foundation-ARCA filed a complaint with the Brigade for Historic Heritage that opened an investigation.  The Spanish Brigade for Historic Heritage included all the information related to the manuscript in the channels that Interpol maintains for these cases.

This website, published since August 2014 after a long period of silence on the recommendation of the police, aims to make any transmission of the manuscript by Rafael Cansinos Assens difficult and provide as much data as possible that can help to recovery it. If you, viewing the information and data reviewed on this website, know some relevant circumstance that helps us locate the manuscript, please contact with the Fundation or contact with the Brigade for Historic Heritage of the Spanish Police with the reference "Case the Sephardi". 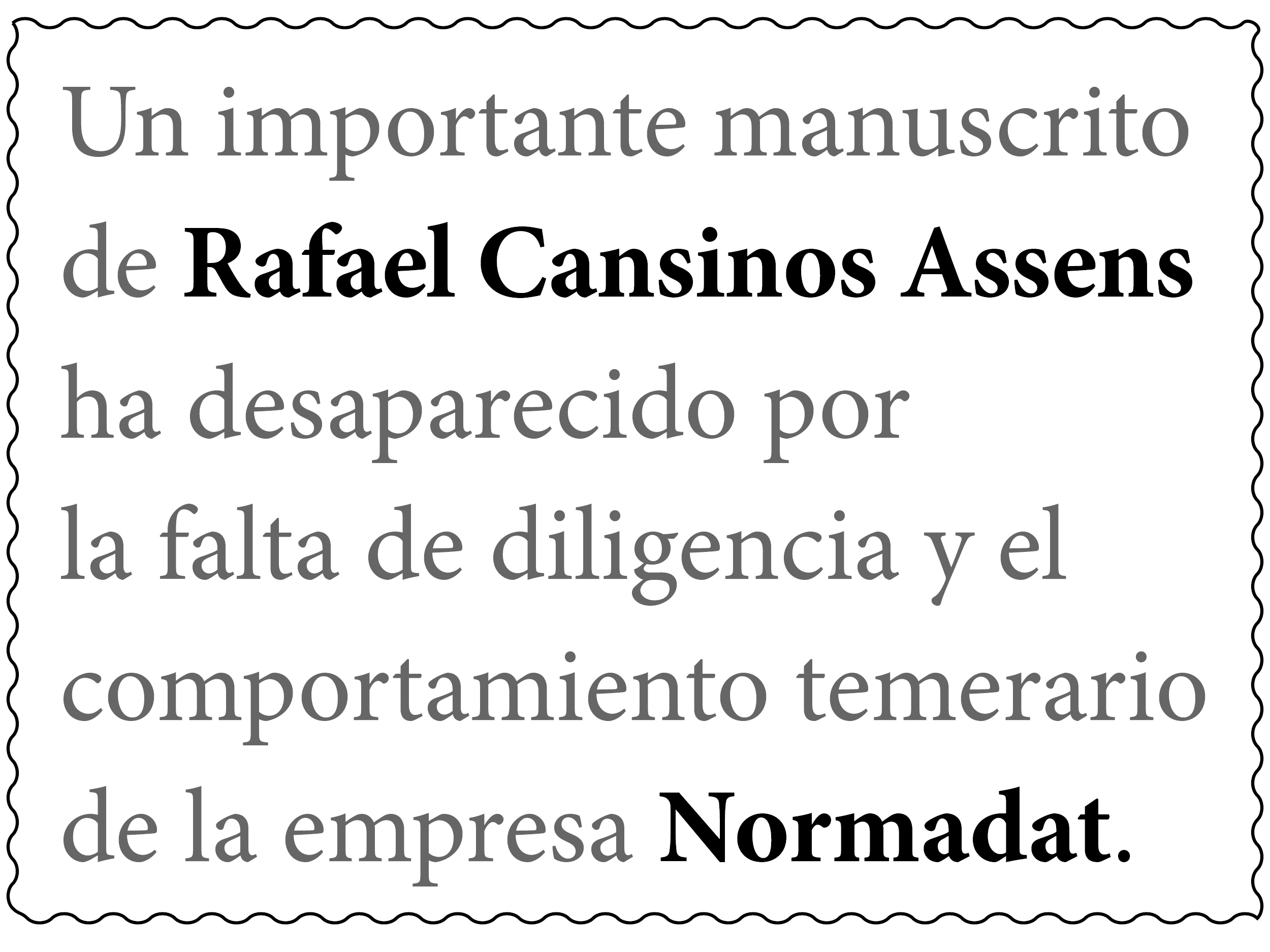